On being "Merely Dead"

What hard travail God does in death

What hard travail God does in death!
He strives in sleep, in our despair,
And all flesh shudders underneath
The nightmare of His sepulcher.
The earth shakes, grinding its deep stone;
All night the cold wind heaves and pries;
Creation strains sinew and bone
Against the dark door where He lies.
The stem bent, pent in seed, grow straight
And stands. Pain breaks in song. Surprising
The merely dead, graves fill with light
Like opened eyes. He rests in rising.
Posted by Randy at 8:49 PM No comments: 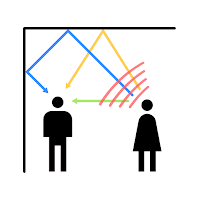 My friend, Roger, explained how reverb works in recording. “While playing in a room with normal recording, that is recording as heard in 'the house', there will be reverb: the normal echoes and bouncing of sound the ear is accustomed to. Then, when the recorded music is played back in a room, especially the same room, the reverb is doubled and can be unmanageable to the ear.”

The same happens in our relationships, especially those 'in the house.' We have all kinds of reverb going on in our souls and minds. We see shortcomings that trip us up. We can't quit a bad habit, we feel cantankerous most of the time, or we are self-critical without relief. This creates reverb. It bounces around within and drags us down in self-imposed defeat.

Then, the inevitable happens. Our faults, for which we already feel deep pain and which cause no small bit of internal noise, irritate those closest to us. Well-meaning, having borne with us for long days and years, they do not mean to add to the noise. But often that is exactly what happens. Either we assume they feel this way, or they actually say it: “Must you really keep doing that? Is something wrong?”

Now the sound is doubled and spills out, either silently or in painful words: “Want to know what's wrong? I'll tell you what's wrong. You! If you would leave me alone we'd be ok!”

And so it goes, one pain feeding another, rebounding, unmanageable, painful to the ear, devastating to the soul.

There is a better way. Take it to the Lord in prayer. Let him heal both the self-talk and the behaviour it breeds.

How does he do this? Time, talking, others, learning. There is no other way but the the patience and quiet and taking it on the chin when others object, learning to help them bear the burden you yourself have helped cause. Without this we never grow. But when we give up our selfish desires and refuse to insist on our own way we die the death of Psalm 126, putting the seed of self in the ground.

And then, as with all seeds, “the corn of wheat” comes to life and we find a harvest of joy, bitter tears forgotten.

Relational reverb is real and when it doubles we can't live with it for long. Learning the peace of Christ brings the sound of forgiveness which doubles joy instead of pain.

A Rare Rumination on our National Need

“Make it your goal to live a quiet life, minding your own business and working with your hands.”
(I Thess. 4:11)

I have often wondered who might be the Thomas Paine of our day, one who writes precient insights to sway a nation. Would it be someone with the wit of the late Christopher Hitchens, or a Sam Harris who gives voice to countless unbelievers? Is there a Mark Twain, a G. K. Chesterton, a George Orwell in Chomsky, Robinson, Will, Krugman, Noonan, or (the lates) Wolfe or Krauthammer? Can any of our top-shelf writers – and the list is very long – change our thinking?

Perhaps the better question is, “What can do such a thing?” and the answer is, always and forever more, ideas. Ideas hold the power.

This is where writers do battle, assessing, insisting, construing, advocating. Trump won on an idea: “The political class is entrenched and self-serving. 'Drain the swamp!'” The other side was hapless against that idea: “All opposed, say 'No!'” And say “No!” they continue to do with inspired troopery.


But what idea has the power to hold us together? We are polarized so badly we decide national elections on a chad. When we finally have a winner the other side sees doomsday. I was shocked at the vulgar anti-Obama rhetoric in 2012. We are loosing common ground.

Is there an idea with the power to capture us enough to lay aside polarizing bombs? Are we doomed to the hyper-political every two years so we seek solace anywhere – in political newcomers or billionaires who buy the election? Might we ever realize the dream of life free of crushing election cycles and endless ads?

Maybe Google will save us by deciding for us, our votes not so free after all.

I'm the arm-chair amateur with an idea about the Idea that held us together and could again if we would hear it. That idea is freedom: freedom to do as one should, not merely as one might wish to do.

Unconstrained freedom is a pipers' dream with followers, betimes, among all. Life has stubborn contraints, so we painfully learn. The protestor's sign, “Sworn to fun; loyal to none” leads nowhere fast.

Behind it all is the question of who guarantees such freedom. If we have rights, someone has to be responsible. Policemen must keep the beat, judges must act with integrity, our fellow citizens must have the strength of will to insist on things like free speech and “innocent until proven guilty.” And we have to defend ourselves against enemies “foreign and domestic.”

This idea of freedom, earned and maintained through responsible, vigilant living – is a treasure worth living and dying for. It is the founding idea of our nation, the jewel the constitution intends to protect.

But we have mission fatigue. We are losing the will to insist on freedom. This is demonstrated not least by our national debt, a mind-numbing amount of 25,000 billion dollars. If we had 2000 years to repay, interest free, the monthly payment would be over one billion dollars.

This is alarming in the extreme and undercuts freedom, because debt always does exactly that. Without financial strength and agility we are vulnerable. However, the lack of will that got us here is the deeper problem.

Can we endure through this difficulty? Will there emerge a unifying idea with the power to carry us? I think so, but it may not be freedom. The idea that unites a vulnerable nation may well be security. If our leaders – or God forbid – the leaders of an invading nation, can promise security we may take it, a bowl of poor pooridge to replace the dying heritage of freedom.

I still believe in freedom – personal and national. But we will lose this treasure if we fail to pay its price in personal responsibility and determined fortitude. This means paying our bills, providing for our own, caring for our neighbor. And it means we lay aside our polarizing swords. This last is not entirely possible, for persons with opposing primary ideas can never be agreed: discussion only leads them further apart. But we have to try, for political rivals are people, too!

And so I ask, “What can hold us together?” It is not freedom alone, for there are a thousand attending ideas. But freedom seems to be at the core. I want that, but I feel the fatigue. Will you join me in doing the right thing:
In all this I find a landing point in the timeless edict of St. Paul in the New Testament: “Make it your goal to live a quiet life, minding your own business and working with your hands.” (I Thess. 4:11) That's a tall order, a simple way, hard for most of us to accept. But I want to learn it, for the good of my family and community, and for the hope of our nation. I hope you do, too.