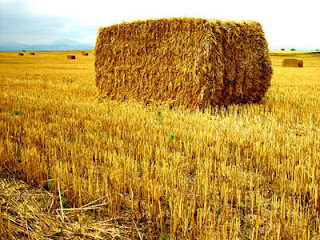 Austin, TX
Local farmers who rely on straw for plant and livestock bedding are gearing up for disaster in spring. Straw wholesaler Al Dirkson said since the election his supply is completely depleted. “I had 1,000 bales in one warehouse alone. Gone in a week! Usually I don't sell out until June.” He said suppliers around the country and overseas have sold out as well.

When asked who is buying Al said, “It's the craziest thing: college students, grandmas, techno-geeks – I've never seen anything like it. Whenever I ask them what they are doing with it they mumble something about 'Trump-Hitler', 'drown the refugees', 'they hate America', 'must want Hillary': and almost always something about 'unprecedented!' If I ask for details they often gesture me away with a loud 'Unfriend!' I followed one of them home and they carried the straw into their basement! Way weird!”

Further investigation reveals that Facebook will shut down several servers until the straw supply is restored. Steph Alsey, Facebook discussion accuracy czar explained: “The straw man arguments just took off after the election, and this immigration order was the death knell. Now that the straw is gone, no one has anything to say.”